I’ve been tagged in the latest meme/fad going around for bloggers, the Liebster challenge.   Thanks for thinking of me Wilhelm.    Lord knows it took me forever to write this – epic post for the time starved. 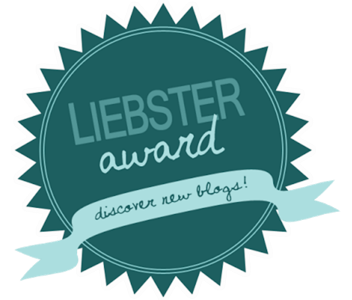 Am I doing this right ?

This time, I thought I’d participate, especially since the “blogging” community is pretty well established here in 2015.    Yall are people I truly know – why not share a bit ?

First step is to list of 11 random facts about myself, given that Wilhelm has also listed some, which for no particularly good reason makes me like him a bit better.    (My kind of guy!).

Next come Wilhelm’s questions for me.

This is actually answered in my last post.    I could video-log, but I don’t like that stuff.    I don’t talk during gaming.    I like the long form, and I loathe anything too short – Twitter is the perfect example, which just leaves me scratching my head.   I’m supposed to find that valuable ?   Blogging is perfect.   It’s semi private, yet shared with the world for the few who share my narrow gaming interests.    In fact, I also have branched out into the world of reddit, where you can read about jury duty if you are so inclined.    See how modern I am (or not) !??

MMO’s started out with the promise of being virtual worlds.    The phraseology is important, because it gives you expectations.   For me, first is the idea of longevity and dedication.   And second, I understand it to mean a few competing alternate worlds.

That does not seem to have been borne out in the past 5 years or so.    The virtual worlds continue to splinter down and become tinier, in their slice of humanity, both in the time we invest in them and in the gaming public who enters them and plays.    So I’ve kind of lost interest in the concept, and I’m more interested now in what’s coming next.   What’s interesting.     Steam and Ingress, as of today.   Probably be different tomorrow.

Both, or neither ?   I go back and forth and all around this one.    I suppose I can give the edge to fantasy but it’s a pretty slight edge.

Steam is fantastic.    One of my daily activities is a dumpster dive.   Can I buy some simple little game for 25 cents ?   And I do, often,  every 1-2 weeks.     And I play them a couple of times.    Sometimes they sell so cheap, you can make money by selling the trading cards, which is fun.     It sure won’t let me quit my job and become an arbitrage trader, but it’s fun.

I miss the old way we bought books.   I would wander a bookstore for hours looking for….. I don’t know.    And I’d pick it up, ruminate, and put most of them back.    Today, I have to know about a book somehow – ad, interview, recommendation – and I search it up, buy it, and read it on my device.    Something is really lost.

The old way we bought games – I feel nostalgic for it.   I picked up three copies of F-19 Stealth Fighter, because box #1 was missing a manual, #2 had a defective disk, and #3 let me play.    The store manager of Electronics Boutique was real cool about it.    I wouldn’t go back to all of that, but I feel wistful about its absence.   Plus, the cost has gone down to the level of buying candy bars in many cases, for any non-new games, and I never browsed games like books – I know what I want and I buy it.    So Steam is perfect as far as I’m concerned.

I have some old game boxes from way back when, tucked away in the attic.    The disks (3.5 and 5.25 inch floppies) are tucked away in my computer room.    Hah.   Like I have a computer that could read them.

I still have my Ultima 3 cloth map; the Shanghai yin/yang balls; several strategy guides.   The guide to the original Everquest, Rome on 640K a day, and something I bought in a bargain bin, after the fact – the guide to Populous. 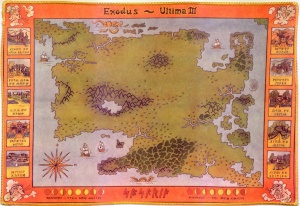 Mine is packed away somewhere, but the internet delivers as always.

So I don’t keep much but I like what I’ve kept.

Three games that shaped you

After careful consideration, I have two PC games and an arcade machine :

Empire screenshot.  Man, now I want to play this one again !

Rolling up a new character

The first one is always a fighter.   I think it’s the idea of being a big, tough, violent guy.   Take all the hits and keep the enemy’s attention, while your DPS types burn him down.

My very first pen & paper AD&D character was a fighter.     I rolled one up and managed to get a guy with ST 18, CON 17, and INT 6.    I christened him Lamebrane and played him to the hilt.    My Diablo barbarian was Ajax the warrior.    My EQ character was Hammerbreaker the Ogre fighter.    On and on it goes.

What games did you play before MMO’s ?

Kind of a duplicate of question #2, and answered throughout this post.    I’d shortly describe my gaming history in stages :

That pretty much covers it, other than Battletech during the ’90’s at the behest of a co-worker.    And obviously, family board games and what not.

I’m not a definer.   Some people make an art of breezily putting gigantic ideas together, I don’t have that skill.  But there’s always been a certain “nerd culture” set of gamers that I’m very much a part of, and have followed throughout my life.   I think the list above shows my progression through nerd culture over the years, and how its changed – as well as how it’s stayed the same.

I think that list also shows my snobby side, as I’ve never played a console nor owned one – the family’s Wii doesn’t count, even if I’ve gotten a 300 at Wii Bowling.     I’m firmly part of the PC Master Race.

Videogame Capital Of (The / Your) World

That’s a toughie.    While I see a lot of gaming and pay plenty of attention, I notice what the games are; what type/milieu; what companies are involved; what programmers/designers are at play; any new paradigms (MMO’s, LBG, etc).    One thing I don’t have a good handle on is where the gaming comes from.    SOE is in San Diego right ?

Instead, I’ll share an anecdote.     For years I loved to visit the bay area because of the advertising and the companies that exist up there.   In LA, it’s all about the movie business.   I could care less, but I notice the Angelyne billboard and just think “Eh”.   (I’ve actually met her several times too LOL).    The latest TV shows too.

But silicon valley has all kinds of technologies, products, and widgets that interest and excite me.     It’s fun to cruise past Oracle campuses, no matter how evil Oracle is – tons of people like me are grinding away there.    So in some sense, I feel “Home” when I go to Silicon Valley.   I’m around my people.

Which MMO’s have you really invested yourself in ?

Just a couple.   I tend not to play anything without investing myself heavily.    Original Everquest; Everquest 2; Lord of the Rings Online.    And depending on how you want to stretch the definition, World of Tanks.

How do you spend your time in MMO’s ?

Solo.    99% of the time, I’m solo.    I’m the guy who doesn’t want to work up a party or wait around for the raid to start, or coordinate that all somehow beforehand.    I get in, do my thing, and get out again.    Perhaps this is part of the reason I’m not keen anymore on MMO’s – I didn’t get human relationships out of them.   Who knows.

And that finishes up my answers to Wilhelm’s questions.   Thanks for thinking of me.

For my questions, all I want to see is the same questions I answered above.    I’m tardy with this, and I don’t want to further string it out by thinking of a set of questions.   And I hereby tag :

Gank – Who hasn’t blogged for awhile, but should.

Stargrace – A lady with a neat perspective, and a professional game journalist to boot.

Bhagpuss – Who will definitely see this, but won’t respond :p

4 thoughts on “My Lieb ! I’ve been Liebed ! And other bad puns inside…”